David Mellor was one of the best known 20th century British designers. The museum shows the full historic collection of his work and that of his son, Corin Mellor, extending from marvellous examples of Mellor's handmade silver to the traffic lights we stop at every day.

David Mellor was internationally famous for his cutlery design. The museum shows exactly why he is so often referred to as 'the cutlery king'. This wide-ranging exhibition is an eye-opener for anybody with an interest in design.

More examples of David Mellor's influential key designs can be viewed as part of a time line on the David Mellor Key Designs page. 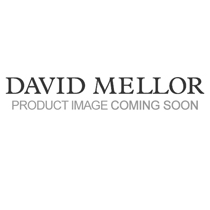 One of David Mellor’s great aims as a designer was to improve the quality of the everyday urban environment.

His modern lighting columns, bus shelters, litter bins and post boxes, bollards and outdoor seating were widely distributed and altered the appearance of the street scene throughout the UK.